An example of successful habit change

An example of successful habit change

An earlier post mentioned the difficulty that healthcare agencies in the development space faced in propagating the habit of washing hands often. Across the world, diarrhoea is responsible for 3 million deaths a year, equal to one child dying every ten seconds. As mentioned in this WHO document, diarrhoea is responsible for 13% of deaths of children under 5 in India. Hand-washing with soap and water can reduce up to 48% of diarrhoeal diseases. Yet, an estimated 70 million people in India never use soap. 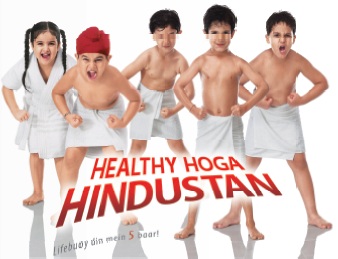 One brand in the commercial space that has invested heavily in promoting the practise of hand-washing at the right times during the day is Lifebuoy – Unilever’s biggest brand in India and the country’s most popular soap. For inculcating such a huge habit change in people – from not washing hands with soap at all to washing hands with soap a few times a day – Lifebuoy tied up with government agencies and NGOs, and invested significant time and money. Its ‘Swasthya Chetana’ (‘Health Awakening’) campaign that began in 2002 had the objective of educating 200 million Indians – 20% of the population – to wash their hands with soap after defecating and to achieve this goal within five years. By the end of 2004 the campaign had reached 70 million people, including 20 million children. In 2003-4 sales of Lifebuoy grew by 20%, with particularly strong sales in the eight states where the program operates.

In order to ensure that this initiative has a sustainable impact, the Lifebuoy team worked with advisers to develop a multistage programme, designed to involve and educate whole rural communities. The whole process, from initial contact to self-managed health club, took two to three years. While this represented a significant time investment, it was felt this was essential to ensure the hand-washing habit becomes part of everyday life. (Read further details about the ‘Swasthya Chetana’ campaign here)

While all the phases of the campaign are worth focusing on, in this post I will call attention to one aspect of it that is related to earlier discussions about tangible benefits which are one of the factors that help drive changes in habits. One of the key elements of Lifebuoy’s hygiene education approach was the ‘glowgerm’ demonstration. This countered the common misconception that ‘visibly clean’ is ‘hygienically clean’, and, in an easy-to-understand manner, drove home the message that even clean-looking hands are dirty until washed with soap. Children were invited to take part in a ‘glowgerm’ demonstration. 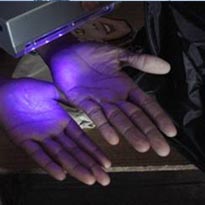 This involved applying a white powder to the palms of hands, then washing with water only. Hands were then held under an ultra-violet light and the powder glowed where dirt remained, showing that hand-washing without soap was not enough. The children then repeated the process, this time using soap, only to discover the UV light showed no trace of the powder – a simple but highly effective demonstration that made the benefit of using soap tangible.