The bottled water business can be broadly divided into natural mineral water, pure spring water, purified water, sparkling water and enhanced water. The bottled water market in the western world is at a mature stage and the category is constantly innovating and evolving.

Globally, one of the newest and fastest-growing types of specialty water on the market is enhanced water, which is spring water that’s fortified with “healthy” ingredients such as oxygen, nutrients, herbs, vitamins, minerals, electrolytes and, in some cases, stimulants like ginseng and caffeine. 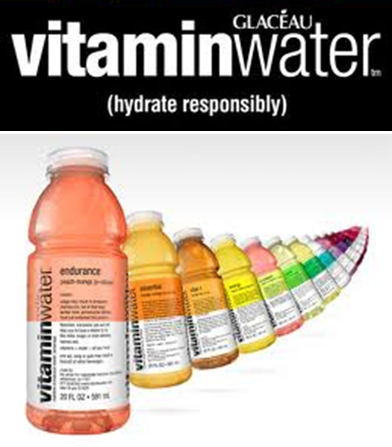 The creator and leader of this segment is Glacéau, a US based beverage-maker – it first introduced an electrolyte enhanced line of water called Smartwater in 1996, followed by Fruitwater in 1998 and Vitaminwater in 2000 in the US. The Glacéau line of waters was initially only introduced in the New York City area and only in 2002 did it gain popularity and started distribution across the United States. Over time, Fruitwater was phased out from the market and Vitaminwater is now their most popular product with multiple variants of flavors and nutrients.

It was the first to catch on to the health wave and introduced several variants each with its own benefits – and put this forth in the most eye-catching manner. It created different combinations

In 2007, Coca-Cola bought over the company. Glacéau gave Coca-Cola an instant foothold in this fast-growing niche, while the brand benefited from Coca-Cola’s considerable distribution and marketing muscle.

I noticed it on my trip to the US this summer – there were Vitaminwater vending machines everywhere, everywhere one would traditionally find vending machines for snacks, confectionary and soda. Last when I was there in 2006, they were only available in specialty grocery stores, health stores and college campuses. Earlier it was promoted through vehicle marketing program, sampling program, banners & posters, and ‘Campus Ambassadors,’ a college outreach program but the new marketing campaigns include celebrities, hip-hop singers, NBA stars, popular graffiti artists, etc.

Given the increased weight & calorie-consciousness in the US, Vitaminwater also came out with Vitaminwater 10 variant – targeting the weight conscious 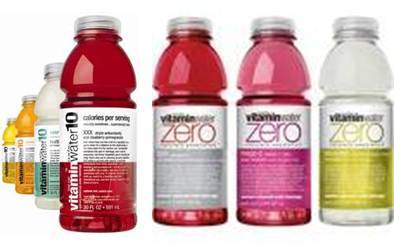 In comparison to mature western markets, is the Indian market ready for enhanced water yet? The per capita bottled water consumption is still quite low – estimates vary from 0.5 liters to 5 liters a year as compared to the global average of 24 liters. However, the total annual bottled water consumption has risen rapidly in recent times – tripling between 1999 and 2004 – from about 1.5 billion liters to five billion liters. And currently the industry is growing at the rate of 45%. Although premium water constitutes only 10% of the bottled water market, gearing up for the uptrend in the market, Bisleri plans to introduce its range of flavored waters shortly. PepsiCo is also considering the possibility of introducing flavored water in the Indian market given the consumer’s increasing discomfort with carbonated drinks.

We shall wait and watch…