A friend, let’s call him Mr. S, an extremely healthy eater and fitness freak, travels every week for work to semi-urban places where he has no access to healthy food alternatives. He prefers to carry snacks from home. His preference – McVities over Britannia NutriChoice basis taste. But his final purchase choice – Britannia NutriChoice 5 Grain, Ragi and Oats biscuits over McVities. Why so? – Because unlike McVities, Britannia NutriChoice range of biscuits come in single-serve packets.

Each box contains 4-6 smaller packets containing 3 biscuits each, so he can eat 1 packet at a time and not worry about putting a rubber band around the remaining biscuits, or sealing it properly to avoid spillage and sogginess. McVities on the other hand- comes in a single stack of biscuits wrapped in plastic inside a cardboard carton. Such is the power of this convenience offering.

Similarly, although he prefers the taste & texture of Quaker Oats, he travels with Sunny Select brand of instant oatmeal which comes in single-serve sachets and in assorted flavors such as apple & cinnamon, bananas & cream, blueberries and cream, peaches and cream, strawberries and cream and has low-sugar variants. 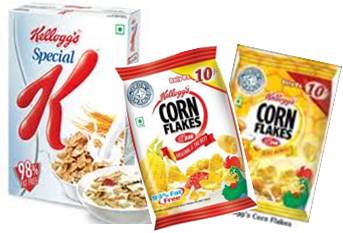 Mrs. P, full-time office manager, mother of two teenage boys and overweight, prefers to eat Special K, but has to end up carrying the smaller packs of Kellogg’s Corn Flakes as her snack to office, because Special K isn’t available in snack-size packs.

McVities, Quaker Oats and Others – are you listening?